Maxi skirts are my favorite type of skirts. They're extremely comfortable, they flow nicely, they make any body type look good, and they can be paired with anything, so invest in one ASAP.

As simple as maxis may seem, sometimes we all get a little lost in putting together an outfit that looks good, so here's a cheat sheet for the maxi:

Here's an outfit idea that's effortlessly cute and can be dressed up or down: 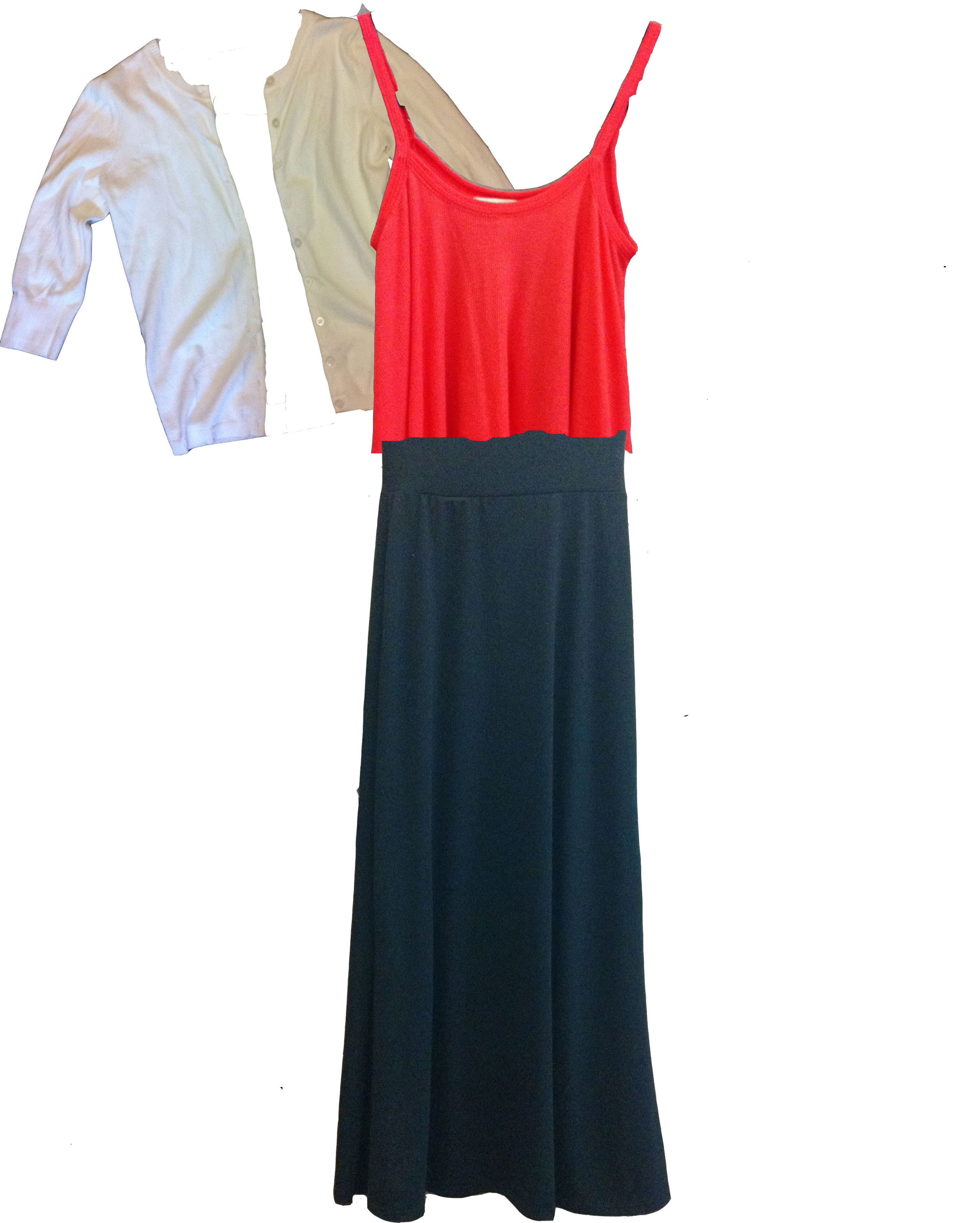 Try it out and send me your favorite outfits with a maxi skirt!

The spring 2012 runways were filled with pastel colors - blues, green, pinks, oranges ... I think you get the idea. This is my favorite

trend because absolutely anyone can work pastels. They work with many colors and keep you looking springy, which is obviously how you want to look during the spring time. And because I love pastels and absolutely love painting my nails, here's my favorite pastel nail color this spring. 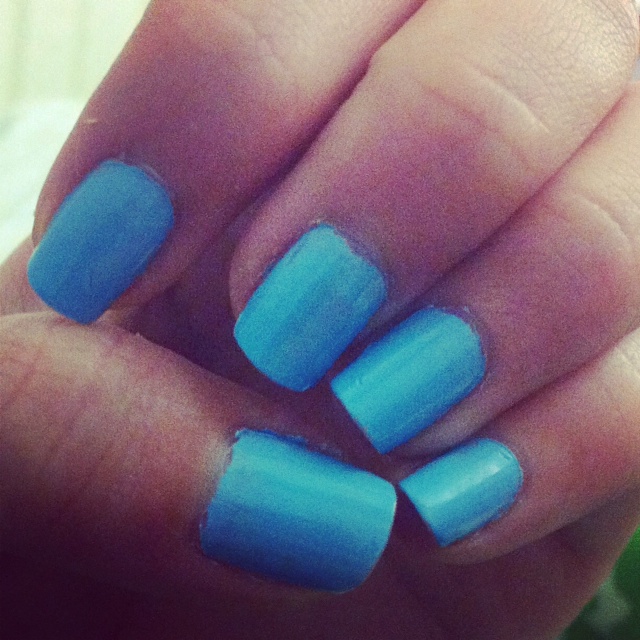 The color is from the Love & Beauty collection at Forever 21 - Aqua Blue. I'm not really a fan of the nail polish from Forever 21 just because they can be really thin and chunky, but this color I picked up goes on perfectly. And for $2.80, who could really resist?

So dress up your nails this spring with a pastel shade like this these many shades from Sephora by O.P.I. or this pastel essie nail polish in bangle jangle from Drugstore.com.

What's your favorite pastel shade for your nails?

If you're trying to keep up New York Fashion Week via livestreams and tweets, just like I am, I have good news for you.
Oscar de la Renta's livestream is up on OscarPRGirl's tumblr!
Full of lovely tweed, knits, tans, flirty and romantic dresses, and so much more, the show is worth watching. Oscar de la Renta never fails to impress with elegance and surely didn't fail for Fall.

Click on the same link to check out the Marc by Marc Jacobs collection tomorrow at 3:45 p.m. Eastern! I know how I'll be spending my Valentine's Day!

Check out ModaLove's twitter today and tomorrow to join the conversation! I promise my internet won't die at a really inconvenient time tomorrow.

For all you Fashion Week loving people out there who aren't in NY for this, here's another way to watch from the front row!

I personally can't wait to see Jason Wu's collection for fall, so I'll definitely be tuning in and adding to conversation on twitter with #NLive!

Be sure to check it out! More updates concerning Fashion Week soon!

And speaking of  Jason Wu...

The Jason Wu for Target collection is back in stock online! But of course it definitely will be going quickly, as it has been, so get your hands on items as soon as possible!

Update: Due to technical difficulties and living in the dorms my freshman year of college... I wasn't able to participate in the #NLive conversation for the Jason Wu runway! Look out for more updates later for the other shows!

The Council of Fashion Designers of America (CFDA) have been the leading fashion trade organization in the United States and now, there is a museum exhibition - the first - to celebrate the CFDA. The Museum at the Fashion Institute of Technology (MFIT) will be presenting IMPACT: 50 Years of the CFDA  to celebrate the 50th anniversary of the CFDA and the nearly 600 designers who have been a part of the organization.

The exhibition will be filled with approximately 100 garments and accessories by the CFDA's most impactful creators over the last 50 years. It will be presented in a thematic way, illuminating American fashion and its broad spectrum, from sportswear to couture-quality evening wear.

Diane von Furstenberg, designer and president of CFDA, gave birth to the idea of IMPACT.

"American designers have always had impact on how people dress," Furstenberg said. "'Impact' was the one word that came to mind immediately - it is so strong and defining of our individual and collective influence."

Experience the fashion from February 10 to April 17 at the Museum at FIT. Free admission.

If NY is a little too far for you and you won't be able to make the exhibit, check out the companion book to the exhibit, also entitled IMPACT, produced by the CFDA and published by Harry N. Abrams.

Well, now you can be! (Sort of. But you'll take anything that would bring you steps closer to NYFW wouldn't you? I would). 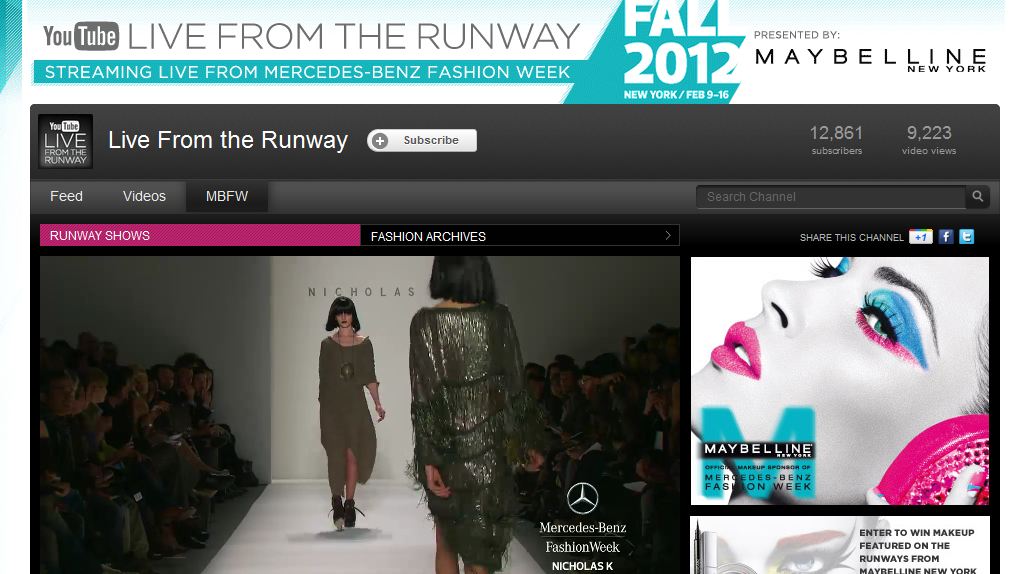 Thanks to Maybelline New York and YouTube, Mercedes-Benz Fashion Week is coming to you via live stream!

Just "like" The Mercedes-Benz Fashion Week Facebook Page, take a look at the schedule and plan your week, RSVP, and go to the YouTube Channel to watch the live runway!

You know Fashion Week is just around the corner when your twitter's dashboard is blown over with a frenzy of endless tweets concerning fashion, models and designers. And that's just the way I like it.

Though I have classes and am insanely busy, I will definitely be giving you all the updates during Fashion Week beginning on the 9th. (Not actually from NYFW, just for clarification. Although I wish.)

Thursday kicks off with Nicholas K at 9 a.m. and BCBGMaxAzria at 10 a.m.

Be sure to check out ModaLove's twitter to quickly get even more updates!

Disclosure:
The owner/publisher of this website is benefiting financially or otherwise from every interaction you make with this website.

This is the place for fashion.